Unfortunately the month of February is so short that I haven’t been able to adress this post at all so I will be making some goals for the next month and their explanation.

For starters I will will try to complete this 30 day blog challenge… (If you click that link, it will send you to the other posts)

Secondly I will try to complete the first module of my upgrade ESL teaching certificate. I’m stuck in the grammar module, and as a non-native speaker of English, it’s taking me a little bit more time to remind myself of the actual rules and explanations of the complex thing that we call the English language. I have until July to complete 3 modules, so it’s totally doable.

Thirdly I will research new furniture for my room because my under-sized single bed seems to not be cutting it. I’m sick of my feet hanging off the edge when I fall asleep, and in the winter this isn’t good because it’s cold in my room! I’ve thought about it, and the practicality of getting a queen bed isn’t very good, because ultimately it’s just me (and I don’t expect anyone else to need to share my bed), but also because there isn’t much room in my bedroom to allow for a bed of this size. It will eventually be an investment for my future, if anything.

Fourthly, I will actively try to take more care of my skin. I have a bunch of skin care products that I’ve been avoiding because I just seem to forget to use them, and they start to build up. I have an entire shelf worth of things, and I need to get rid of a lot of the stuff. This may include body butter from The Body Shop, exfoliants, scrubs, sea salts from the dead sea, and miscellaneous other products (of which I have to many!).

Fifthly, I’m going to start my regime again at the gym and do yoga on days that I don’t go to the gym. This means that Monday, Wednesday, Fridays I will go to the gym (and use the membership that I’ve been paying but haven’t used for months…), and the nights that I have other things like Tuesday and Thursday I can do yoga in lieu of the exercise. I think this will end up good, because basically I need to get a hot body fast for the summer for once. I’m going to several weddings, so I have to be in tip-top shape.

I think that should be good enough for March!

I really had to take a few weeks to think about this one. The reason for that is because the world is so intra-connected, and so many things that people do affect so many others, even though they may not know them or consider them important. My second choice is the only one with a sorta-photo, because I think it’s more the content that counts, than the visual representation.

1. The first person that has mad an incredible impact on me, is myself. Who would I be today, without the time that I’ve spent with myself? 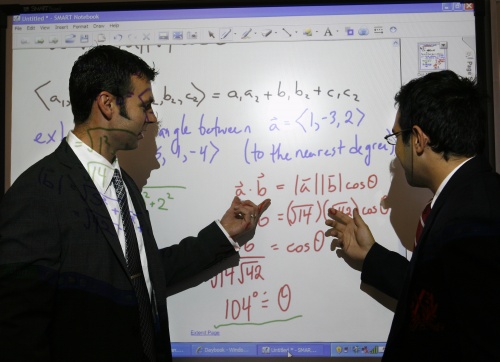 2. My former (sorta) teacher in high school: M. Chadsey (pictured above). He was a math teacher in my school at the time, and there was this instance that one day I was feeling so horrible, so dejected, and so disconnected from everything that I decided to sit in the far back corner of the classroom during a calculus lesson. There were about 10 students in the class so I was clearly ostracising myself from the group. This teacher came through the wall, to drop off his classes’ attendance slips, and he noticed where I was and how disconnected I appeared. He came over to talk to me, in the middle of my actual teacher’s lesson. He didn’t say much, or anything particularly important, but it veered my life in a different direction. Although I saw him daily, rarely ever talked, nor ever had him as a teacher, it was on my graduation day that I thanked him for being him, and gave him a huge hug. It was at that moment, that I decided that I wanted to be a teacher so that I could help others, and he’s been my idol ever since.

3. The other person was my former tennis coach, who will remain nameless. For stalkers, I have had several, so you can’t really guess which one. Essentially he was the one that taught me about realistic goals and expectations in an implicit way. In treating me differently, never believing in me, and showing me what I truly believed deep inside, I never became whom I wanted to be. It’s thanks to him, that I hold a bitter resentment for the rest of my life, and solidified my belief in skepticism and realism.

One good, one bad, one neutral; I feel this is a fair assessment

In no particular order they appear, as far as at this exact moment I can manage:

2. Didrik Solli-Tangen – My heart is yours

5. Gayla Peevey – I want a hippopotamus for Christmas

Given that I’ve been to a plethora of places, I wanted to think of one place that really was important to me. It didn’t take long to realize which it would be, but perhaps the reason why I hold onto this memory so strongly, is in fact my undoing. I can say nothing further than what I have already said, and that this is where I fell in love. I give to you… Vernazza, in Italy. 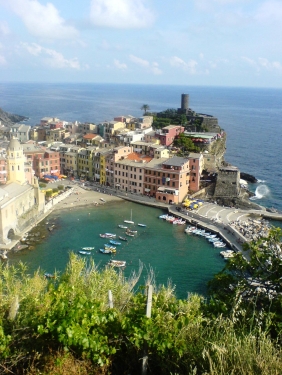