Since months and months before the start of the 2010 Vancouver Olympic Games, Canadians and Canadian press has put so much pressure on Canadians to win gold on home soil. In the two past times that Canada has hosted in the Olympics, gold has never been won.

Those are the stats, and we’ve been hearing them on CTV’s coverage ever since well before the games. Everyone in the country isn’t worried about Canadians winning medals, but they are worried about when and if a gold medal will arrive. The pressure is felt even by me, it’s incredible.

Canada’s first hope was in the Women’s Freestyle Skiing : Mogols event, with defending Olympic Champion Jenn Heil trying to defend her title. She narrowly is beaten by an American who gloats around the area with the bronze medalist American, meanwhile Heil was gracious in defeat with her silver medal. It was the most disappointing smile I’ve ever seen in my life: simply heartbreaking. 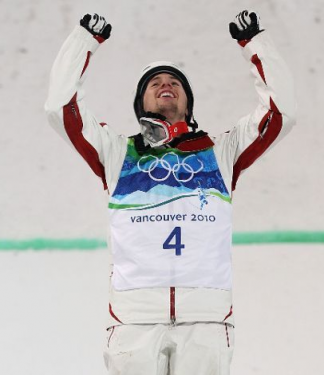 Redemption came a day later, when Canadian Freestyle Mogols skiier Alexandre Bilodeau takes to the stage. Narrowly behind Canadian born Aussie, he edges him out to win gold, and the gold rush in Canada begins. CTV has been showing a special on Bilodeau for a few days ago; and about his old brother, his best friend, who has cerebral pausly; and how it inspires Alexandre to do well and to keep on going.

The relief is instantaneous, and thank god for Bilodeau having the balls to get it over with. No Canadians can focus on performing, and not stressing about if they are going to win or not. All I can say is “Thank God,” now lets go get ‘er Canada!