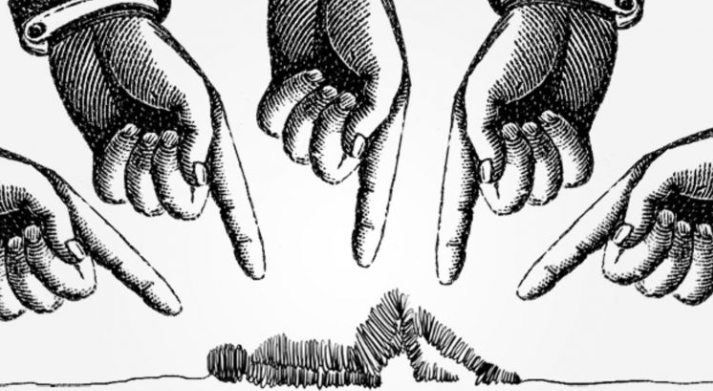 We all live in modern world, a world that has changed so much since I was a teenager. For parents in my parent’s generation, they saw massive strides in communication, electronic, and digital evolutions not only in technology but also in behaviour. Until the turn of the 2000’s these changes were not really a huge concern, but with the emergence of a stronger reliance on digital or online existence, there have been massive shifts in humans behaviours. Namely and more specifically in this blog post, I’d like to discuss something more specific: cancel culture.

Dare to take a wrong turn in how you communicate or present yourself online or in person these days? Think twice before you act, because someone is always watching. This also permeates the old internet, that is to say tweets from 10 years ago, websites posted 15 years ago, or photos taken in pre-internet days that are otherwise folded away out of active memory.

Cancel culture is a rather interesting and troubling phenomenon. People being cancelled, or effectively attempted to be removed from positions, due to damning evidence (or receipts as they are colloquially referred) has become widespread. The public goes into lynch mode and effectively tries to kill the identity and suppress, and sending these people to the proverbial guillotine results in their careers being tanked.

The first such example that I can retroactively remember is a non-famous person being cancelled. Back in 2015 the United States Supreme Court legalised same-sex-marriage and it became law of the land. The former clerk of Rowan County Kentucky, Kim Davies, actively refused to enforce the law and it got a lot of media attention. She hooped and hollered about her civic rights and blah blah blah, but effectively she faced widespread criticism for not respecting the law and doing her job. Back then we called it “discredit” or “condemnation,” but in the 2020s it’s certainly called being cancelled. She was effectively pushed out of her job, and was not reelected due to public backlash. While I don’t necessarily condone being cancelled, I am happy that someone else can be given the chance to fulfil their job duties.

While Kim Davies might not be a household name, J.K. Rowling certainly is. While she has been regarded as a very successful author, most notably for the Harry Potter series, in 2019 she angered followers and the widespread public by making disparaging comments about transgendered women. She was labelled anti-trans and called out by a large amount of actors that participated in the Harry Potter franchise. While she fought back by trying to defend her honour and right of belief and free speech, she ultimately lost a significant amount of klout and ended up returning human rights awards for which she was a recipient due to public pressure. Since 2019 she has published a new book under another pseudonym, and it was received well by readers, but again drew criticism for anti-trans characters which critics only highlight as her own beliefs and tendencies transcending her writing.

The next example of recent cancelled culture I’d like to bring up is six titles of Dr. Seuss, a childhood classic spanning back generations. I remember as a child reading some of these books, and really every child had a library on their bookshelf of Dr. Seuss titles. Although no longer alive, the author seems to be receiving a retroactive cancel and the books have been taken out of publication and sale for racist imagery. Race an equality is touchy topic when it comes to the world, particularly in the Americas. Racism has a torrid history and it is regrettably prevalent in daily life even three quarters of a century after the civil rights movement. What strikes me as the most strange thing, is these are historic publications and frankly reflected culture of the time. Do we condemn these authors and desecrate their families and memories?

Personally, I think that historical documents exist as examples as snapshots into their culture of the time. We can not fault them retroactively, or delete them from the record books only because culture has changed and evolved over time. They exist, at least, as relics from an old time and can be excellent examples for use in education against stereotypes or judgements. Does it really benefit all if now the name of a well loved author is tarnished and a dark cloud existing over all of the other publications upon which nobody has (yet) raised issue? All I can say is: overboard.

Critics of cancel culture highlight the widespread emergence of a lack of tolerance for opposing views and beliefs. I agree with this, and it’s rather strange to think that generations raised in the age of internet and knowledge have become so ignorant in so many ways. The proliferation of social media has led to widespread witch-hunts which grow quickly and snowball out of control. People’s lives are ruined, and even if they are rather suspect or not high quality characters, it’s not really right for them to suffer. Everyone does have rights of belief, but what everyone also should have is a tolerance to allow for people to express themselves and engage in conversations to widen the debate to understand each sides.

Whether it be your favourite author, favourite actor or actress, a widespread respected person, head of state, or frankly anyone for that matter, use your brain. Pick up a book, engage in conversation, or better yet do so and keep an open mind and discuss rather than fight or condemn. After all, “let him who is without sin cast the first stone” as it is said. Or am I going to get cancelled for using “him” instead of a more neutral pronoun “they.” No matter, but you can see how even the simplest mistake can turn the tides.

As a parting thought, let another famous person express my views. While I don’t consider him to be the greatest of qualities, I echo his words: