A topic of conversation that pops up in my staff room is a lovely debate, or rather us shaking our fists at the powers above for lack of common sense. It’s Chinglish and the seemingly impossible task for Chinese workers to translate things into English effectively.

For example, menus at local restaurants written in English are riddled with spelling mistakes or make no sense whatsoever. After my students offered to have a proper English translation done at no cost, they refused. This makes no sense to me.

Another example are posters at my school, which is an English-Chinese joint effort. Every time a huge billboard is printed, it has errors. To a point where quotations from actual English athletes are incorrectly copied (which has nothing to do with translation). The only people that have sense enough to ask for advice are our secretaries who send us little QQ messages to ask if something is correct or not – easy peasy.Why can’t the other members of the admin team do the same thing? It takes 2 minutes and there are about 20 native speakers on site that can fix any errors. 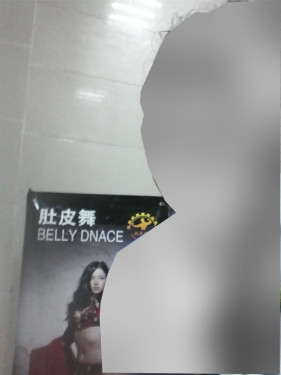 The most hilarious and personal example is an avert at my gym. They are advertising Belly Dnace lessons. We mentioned this to the owners and they didn’t seem too concerned and just scoffed it off. This is after the management tried to bribe the administration to making their gym the official gym of the local school just to get free advertising. A bit desperate, but funny enough even without the the official mention, when we all mention we are going to the gym, everybody knows which one.

I guess they think it’s charming, or something… :crazy: