It has recently come to my attention, thanks to a fellow commuter who will remain unnamed; that Bugs Bunny was surrounded by a lot of ambiguity. By what do you mean? Well lets start for instance with the image below: 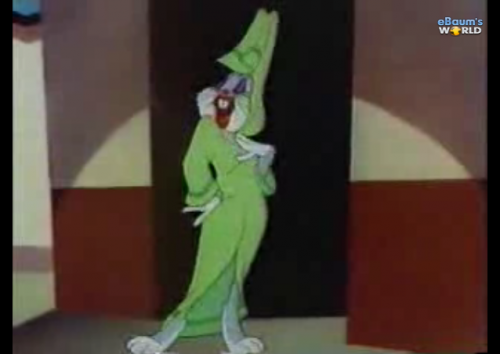 I think it’s fascinating that I grew up in time when cross-dressing in cartoons was a ‘norm’ and it doesn’t seem to have affected the way I am today. Further speculation on this subject begs the question of Bugs Bunny’s true gender. I won’t doubt that it’s male, but the frequency of him dressing in drag is quite staggering (thanks to Google Search for that one).