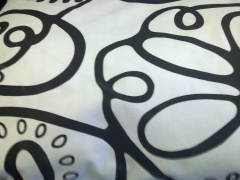 I departed for Stockholm-Arlanda airport at approximately 6am Swedish time, for my 10am flight. I wanted to make sure that I was well within the timeframe for getting there, and with my connections and such it ended up all working okay. The flight I booked was via Chicago O’Hare to Buffalo, where my mother would come to fetch me, and take me back to Toronto. The airport was lovely and we waited in the North American lounge, with all the others, and since I was in a class above the normal coach, the flight was super comfortable and went off without a hitch. I watched films and slept as much as I could, and then waited at the airport for my conenction. 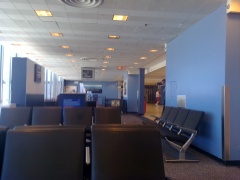 Arriving at Chicago resulted in culture shock, and the clear and obvious way that Americans are somewhat interestingly attractive, but at the same time grossly obese. I can see why though. They are allowed to buy so much for so little amount of money, and take all of their stuff on the plane, so more or less all the time they are pigging out. I noticed this while waiting at the stressful United Express concourse, for my flight. Nothing but paniced attendants, and people going to random little places in the North-East. I took some photos, was on my way while sharing a seating with a morbidly obese man in the first row. I wanted to shoot myself in the face, especially reflecting over the “standby” concepts that the Americans travel with, and see a connection with hijacking of planes, and allowing people without tickets through security. 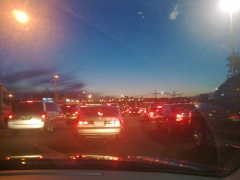 Once I arrived in Buffalo, my mother was lost and since she neglects to have a mobile phone she couldn’t be contacted and it took her 1 hour to find me in a small airport. We got in the car and with the help of GPS made it back to the border where we waited at least 2 hours to get across the border. Truly horrible. The photos reflect this difference in time, and how horrible it is to just sit around and have nothing to do or say, while trying to get back home. We arrived home at 00.30, and I had to be up for 6am the next morning for my first day of work; how lovely.