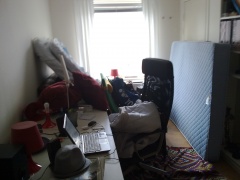 Upon return to Arlanda and subsequently Uppsala, I had some things to do before the five day stint back to Canada via the United States. I had to visit Daniel, who had neglected to contact me or keep me updated on his plans, as well as party down with Carolina and Arash. First thing we did was, because of Arash’s horrible organisation and slobby nature, we had to clean his flat, and move his stuff out from his old flat into the new one. This meant dismantling his bed and putting it back up in the current flat. This was a fiasco, and I basically had to force him to do it. He took frequent cigerette breaks (ick) which delayed things, but then it started to rain and we needed to meet Carolina. 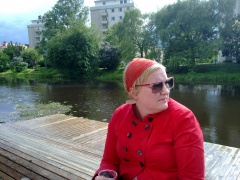 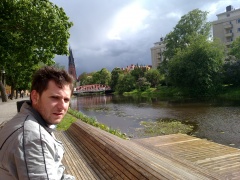 Because Carolina likes to get drunk and sit in the sun she forced us out into the dodgy at beast weather, where it rained and was windy and we sat, frozen, trying to pretend that it was summer. Who were we kidding? The most amount of sun we had was like 5 seconds of it, and people thought we were crazy, justly so. It was painful, but we returned back to the flat and Carolina helped redesign and make the space of Arash more homely, since clearly he has no style. We tried to go out that night, but it ended in being a dodgy karaoke bar with the white trash of Uppsala. I got hit on, left, and ran for the hills and grabbed some food before going back to Arash’s for some rest.

Sadly for the timing of my trip, my dear friend of many years, Daniel (who you will find featured throught this blog) and I finally got to gether to walk around and have a nice fika at a cute café in Linnégatan. We talked and gossiped about new things and before deciding to meet up in a few days with his friend Sussane, Daniel got suckered into donating 50:- to Greenpeace even after saying no. He’s easily persuaded, or just not firm enough it seems. The above photo is the first photographic evidence of our friendship, which is odd because we have met in Stockholm for the last few years and never managed to get some photos! The remaining time was spent making waffles for Uppland’s Nation, spending time with the English-hating Vera, Cecilia, and Alex, as well as dancing around on my own time and running into people at airports. 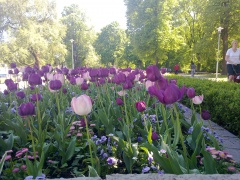 In the last few days of my time in Uppsala, I met up again with Jonas, against Arash’s dramatic wishes, and we spent a day laying in the sun and walking around Uppsala before he went up to Karlstad to visit some family. I took some photos of the buildings, and then went back to the downtown area for a Couchsurfing meeting, where I got to say hello to a few people that I had talked to on the internet, but not gotten to spend time with (because of exams and such). The huge “house party” that Arash was trying to throw turned out to be a flop, and the drama afterwards for the after-party / dancing was dramatic, because Arash gets into fights at the place we wanted to go, so we ended up going to a ridiculously expensive and cheesy Persian place. It was lame. 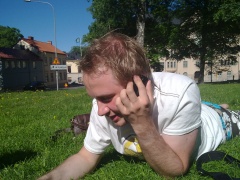 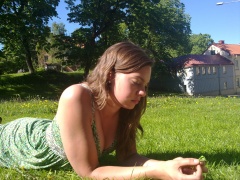 The remainder of the day and time was seeing random other sights before leaving, a few of which included Stadsparken, the Castle, the library, the Cathedral (which was dramatically modern to others in comparison), and spending lovely time in the sun with Daniel and Sussane, my new friend, despite it’s horrible heatwave that struck southern Sweden. The final days in Sweden were warm to say the least, with me getting some suntanning done, and spending as much time in the sun as I could, to the disdain of Arash who became jealous of me knowing people outside of his circle that he could control. The last night of our encounter involved going to Vera’s apartment, and spending a BBQ outside while playing beach-volleyball and having a cute girl chase after me, absolutly clueless of the status and anything about me. My accent was cute, that’s about it! The entire time whilst playing beach volleyball, people kept being so impressed with the fact that I could speak Swedish and that I was a good volleyball player, even though I was short. Go team me!