So I’ve been really slack lately but that’s because there are tons of exciting things going on. Tomorrow I’m waking up the earliest that I’ve woken up since May, 07.00. It should be illegal for people my age, but at any rate it’s because I’ll be working at the Open House that we are holding for prospective schools in the Martimes region, so my boss is a drama queen and all stressed out so it filters down onto us.

Last weekend was exciting as I went to the Pub with Rohseen and Crystal, and I had a little too much to drink, and subsequently made myself throw up to feel better about sleeping. The morning after was death and I’ve never had a head-ache as badly as I had that one right there. XX( As I always say, never again (at least until next Saturday!)

I wrote a mid-term on Monday and it went much better than I thought, but unfortunately the Stylistique mid-term came back and it was an unpleasant surprise; but I’m talking to the prof about it, the crazyness and unexpectedness of it.

So what’s all this about a stalker you wonder? Well here’s the skinny. On Saturday while I was chez mes amis, we had some letters being dropped off at the door as what we thought were pranks. I thought it was Hussian, so I responded to it with a snide pun, and we got letters for the next few days. It creeped out my friends and I enough that we called the RCMP, and yes there’s a stalker. We’ve more or less been under “lockdown” and I’m avoiding this house as much as possible in fears of bad things. :`(

What does this equal? More paranoia on my part, and sms’ from the RCMP on my mobile asking if I’m alright. At least they are looking out for me, I wish I could say the same about my roomates, who continue to neglect to lock the door and respect the safety of several people in the house. :**: Further to this comment, rude remarks, manipulation, and general immaturities are making living in such a place incredibly tedious. I really don’t know what to do, or how to feel, but I can’t be so discrete anymore about my discomfort, because without me doing anything it’s affecting other people.

Rosheen and I went to the boy’s rugby match last week and I’ll be posting a video from it, for those who have never seen rugby. It was cool but in the rain, mostly because she was stalking one of the players who she thinks is out of her league. She needs to just jump on that horse (not literally), but she’s too shy. Work on that girl! 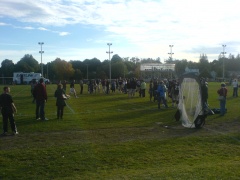 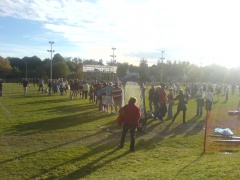 In other random news, I have the photos from homecoming finally so they are posted as following and above. This was during the game, as well as the “excitement” post-winning. It’s really not that exiciting, but I guess we can post this as being “non-habitual”, don’t hate me! 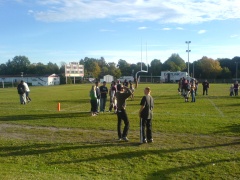 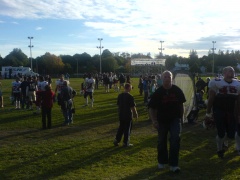 Apart from all this nothing exciting is going on, except for our Big Stop in Aulac trip which I’ll write about in a bit.