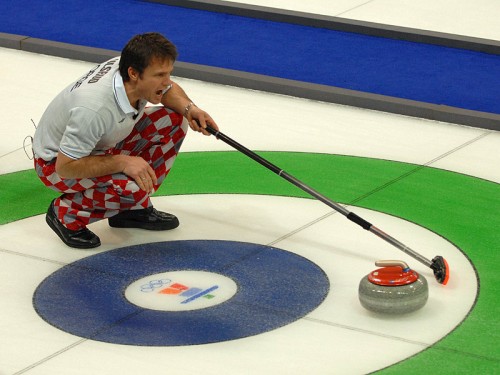 I’m coming out as a curling fan. I’ve followed curling for many years now, and I’ve even played it. I haven’t had the opportunity of playing it now, because I can’t afford belonging to a curling club as fees are too high, but any chance that it’s on TV I manage to squeeze into the action.

Not only is he a fantastic competitive skip from Norway, but he’s incredibly charming, hilarious, and hot as fuck. For lack of better words, I’m smitten beyond belief not only by his talent, but also by him. Always in the thick of things, he makes me a proud fan.

I can only aspire to cross paths one day with him and Team Ulsrud (as unlikely as that may be), but I don’t know what I would do. I’d probably end up saying something embarrassing then falling flat on my face on pavement. Should he ever stumble upon this posting, he would understand how much of a fan I am, and I suggest that he leave a comment in order to inspire me as a curler!

I’m so much of a fan, that I’ll be purchasing some of his not-so-trendy, but simply outrageously-awesome trousers.

I’ll keep on sweepin’ in the meantime, pining over the one that’s left me smitten.