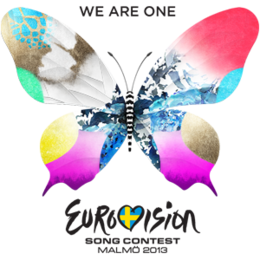 So for the first time in my life I am going to have a go at predicting what happens in the final. Whilst I am fully aware that what I feel in my heart does not resonate with Europe I will try to grapple this and allot pointing rankings as best I can. Then I can see how horribly wrong I got it. 🙂

1/ France
Dark and mysterious, long forgotten from the beginning of the show. Also too mainstream France for the rest of Europe to “get.”
My prediction: 15-20

2/ Lithuania
Fairy tale love story comes to an end, as this one will be long forgotten as others of similar genre are better.
My prediction: 20-26

3/ Moldova
Her hair and outfit might lock her in people’s memory but come the end of the night, I don’t think it and the song will be enough to win.
My prediction: 17-22

4/ Finland
This is the best song that Finland has put forth in the mainstream genre in awhile. I suspect it will do better than people think, even if the pessimistic Finns don’t think so.
My prediction: 5-10

5/ Spain
Rocks my socks but won’t rock the socks of the rest of Europe. Great song, but not likely to make a splash.
My prediction: 22-26

6/ Belgium
Starstruck and a radio-hit but it’s not sold to the rest of Europe I think. Will be a shock and if he can keep it together have a decent showing.
My prediction: 10-16

7/ Estonia
Beautiful, simple, and totally worth a top finish. Sadly though it’s not as powerful as last year, but equally perfect.
My prediction: 5-10

8/ Belarus
How did this song make it to the final? I don’t understand, go home Belarus!
My prediction: 17-22

9/ Malta
Charming and sweet, but will mainstream minimalism pop be bought by the viewers? I think this song will get good jury results and poor tele-voting.
My prediction: 11-16

10/ Russia
Second best ballad this year, but will outdo Iceland and Estonia due to obvious voting blocks. It’s more mainstream as it’s in English though; love it!
My prediction: 3-7

11/ Germany
Lots of rumblings about this one, but won’t be bought by the juries. Big name, mediocre song, likely to finish decently.
My prediction: 7-13

12/ Armenia
They seem to do well despite having sketchy songs. This one will be no exception, but I think will finish behind the pack.
My prediction: 17-22

13/ Netherlands
Best song put out this year in terms of songwriting and performance. Fresh, old-school, and 20 years ago it would be the outright winner. Long-shot to win, but a favourite none-the-less.
My prediction: 1-5

14/ Romania
“What the fuck” will be the common phrase tonight for this one. The jury might buy it but the tele-voters won’t.
My prediction: 13-19

15/ United Kingdom
The name Bonnie Tyler will garner some votes, but not enough to really win. A decent song, but not what Europe will have expected from this singer. Despite this being her genre!
My prediction: 10-15

16/ Sweden
Long shot to win, just because there are so many other better songs. Even in comparison to the other Nordic entries, he will likely finish behind.
My prediction: 13-18

17/ Hungary
Unique and simple in it’s existence and performance. Grows on you, and not really sure who will gander towards it, but hipsters that are happy are better than emo hipsters.
My prediction: 12-19

18/ Denmark
One of the best songs this year that is most wide-spreadly liked. If it doesn’t make top-5 I will be shocked.
My prediction: 1-5

19/ Iceland
Arguably the best song this year, but as always people will forget about Iceland for various reasons. It’s less mainstream than Russia, but more “understandable” than Estonia.
My prediction: 11-16

20/ Azerbaijan
Always gets votes, always has interest around it, always will do well. Not much to say except for it reminds me of Houdini.
My prediction: 6-11

21/ Greece
Lots of expectations for this one to win because it’s so different. Though admittedly I think Greece’s financial crisis will be in the minds of voters and they will shy away, as obviously Greece can’t host.
My prediction: 5-10

22/ Ukraine
Unicorns win, and even with a cliffhanger ending this one will generate discussion and get the Eastern Bloc on it’s back.
My prediction: 5-10

23/ Italy
Always classy, always good, always loved by all. It’s got a decent start position, but can it turn it into gold?
My prediction: 1-5

24/ Norway
This song will either do awesome or flop. It won’t beat Denmark, I think, but it won’t be better than a few others. Really unsure about this one.
My prediction: 1-5

25/ Georgia
Safe and secure song won’t be the formula for winning this competition. Will decently score, but won’t be a winner. Too much like Azerbaijan from 2 years ago.
My prediction: 5-10

26/ Ireland
Great way to end the show, but Ireland won’t come out on top. They showed that they can do better than ballads, spazztastic twins, and rubber turkeys.
My prediction: 12-17

As you can see I can’t predict an outright winner, because really I have no idea! Obviously my 20-26 rankings are off, but since the majority of my votes are in the middle I figure some will get bumped. We shall see how well I do when it all is said and done.

After having reviewed an initial first listen to all the songs and giving them an initial judgement based on musical observations alone the following judgement has been made. I am lifetime member and follower of Eurovision Song Contest, but my tastes don’t always align with how things actually happen. I make my final judgements based on the actual presentation of the song with it’s musicality, costumes, presence on stage etc. The following results are based on my initial listening only. Note that these songs are ranked in alphabetical order by country of representation:

How does this translate into qualification in the two semi-finals?

I in no way warrant that this is how it’s gonna go down, but if it went my way, this is how it would be. I do foresee actual qualification to be quite different, with several dark-horses within the lists. Good luck to all the participants!