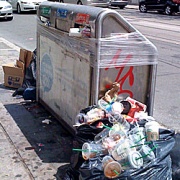 About 24,000 city workers walked off the job on June 22 to back their demands for a new contract.

Two Canadian Union of Public Employees locals are on strike  Local 416, which represents outside workers, and Local 79, which mostly represents inside workers.

The union and management negotiating teams continue to meet, but no details have been released on the progress of the talks.

A sticking point in the negotiations is said to be the city’s insistence on removing a number of benefits from the existing collective agreements, including the ability of some union members to bank sick-leave days.

“We’re not any closer to resolving this issue,” CUPE spokesperson Pat Daley said.

A number of municipal services have been cancelled, including city-run daycares, parks and recreation programs, city-sponsored day camps, and many Canada Day celebrations.

To try to deal with the garbage mess, the city has asked residents to take their own garbage to any of 26 dump sites in Toronto  19 of them temporary sites located mostly in city parks.

At at least one location, people are complaining, loudly, about the measure.

About 100 people showed up at a park in the city’s west end on Sunday evening to protest.

Monica Gupta, of Friends of Christie Pits Park, said in an email to CBC News that the demonstration was held so people could show their “collective disappointment over the new temporary dump site in the park.”

The park has a dump on the concrete surface of its outdoor hockey rink.

Although the temporary site has only been open since Friday, already half the surface of the rink is filled with green garbage bags up to the top of the boards.

Nearby residents say the dump is starting to have an impact on people’s lives. The smell from the refuse, they say, is starting to creep across the park and into the surrounding neighbourhoods.

Edward Kuszelewski held his shirt over his face when he arrived early Monday morning to take part in a “boot camp” exercise program being held in the park.

In spite of the obvious displeasure from the odour, he was philosophical about the problem.

“The workout will make you [sick] before the garbage does, I’ll tell you that much,” he said.

But Mariko Timiki, who was also arriving to participate in the early-morning class, said it was a “nasty” trek downhill to the workout spot.

“Upwind, I saw some lady walking her dog who was about to be sick,” Timiki said.

The class’s instructor said she intends to move to another part of the park until the strike is over.

Sunday’s protesters want the city to move the garbage out of the park and to pick another temporary garbage site.

But others in the neighbourhood say at least the garbage is being contained inside the hockey rink and isn’t on the grass.

I think that this has become so much more of a problem than people realise or want to admit. It’s true that I live in Newmarket, a northern suburb, but this affects me too as I’m forced to pass through Toronto on my way to work. I can understand the frustrations of people and how they aren’t happy about what’s going on, but this is getting ridiculous. The dump sites are over-flowing, and there is rubbish everywhere in suburbs because people in the city are jealous that our workers aren’t on strike, so they take it out on us. Why is it that each house in Toronto generates 10x more rubbish than the larger homes in the suburbs? We have been on 2 bag restrictions for a few years, and our pickup is once every two weeks. That’s literally cutting the rubbish in half for York Region.

This article also raises the points about how it’s not only rubbish collection that is affected. What about the summer jobs that students find to help pay for their education (that is also overpriced)? Nothing, they are simply out of jobs? What are kids supposd to do with all the community closures? What about day care? What about the people that aren’t affected? It’s simply selfish and pathetic that the city workers are asking for more money. I wonder how they would laugh at me trying to survive with the wages I make?

I live in Newmarket, a North-Eastern suburb of Toronto, I work in Mississauga, a South-Western suburb of Toronto that borders Etobicoke. I use York Region Transit, TTC, Mississauga Transit, or York Region Transit, GO Transit, and Mississauga transit to get to work each day and back. Each pass is upwards of $90, and that’s 3 so it’s roughy $300 plus taxes. After my wages, I’m left with not even enough to live in a subsidised housing complex. What about food? What about everything? Sure I get a tax-credit for public transit (next year) but right now how am I expected to live? Those workers, and students, and parents are all in the same position o getting paid too little or what they need. Get over yourselves and get back to work like the rest of the bloody country. You wonder why we are irritated and sick of your ranting and immaturity.

I guess I finally have an actually reason to think Toronto is a dump, becasue now it  quite literally is! 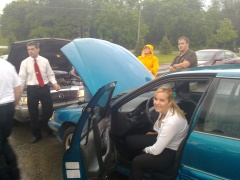 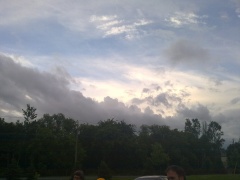 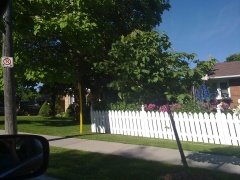 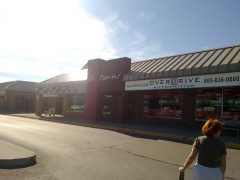 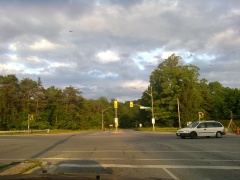 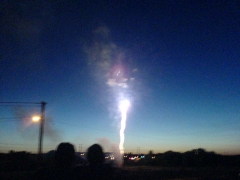 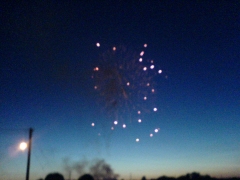 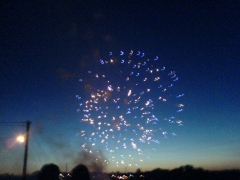