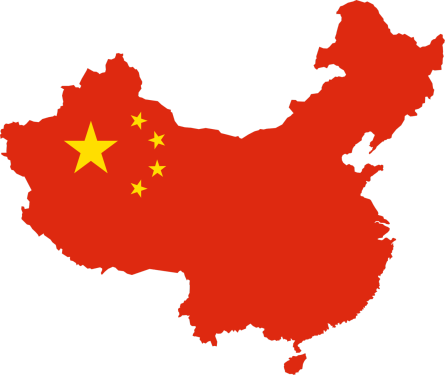 Some time ago someone asked me where I would never decide to work. A few places came to my mind and my immediate response was: USA, and China. The former for obvious reasons, and the latter for reasons of shock and incompatibles with ideologies. While its such a different place, I struggle to grasp the concept of right versus wrong coming from a Western country into an Eastern country and culture.

And so my employment opportunities at my location of residence were bleak, I completed about 140 interviews in the span of 2 months. Most of which were online via Skype or Gtalk at God-awful hours of the day. I received one offer that was less than favourable but a good professional option. I turned it down and it was not financially viable – perhaps in the future it would make more sense. Stressed and worried about my future career path as a teacher, I called a company recruiter for a school in China.

A lot of my friends got jobs in random places and were moving around to tiny communities in the middle of nowhere. This didnt interest me in the slightest. Most of my friends and colleagues found jobs in China, and I always laughed saying Never would I ever. And in my stress and desperation I called this company, and within 12 hours I had an interview, and within 12 hours of that I got a job offer for a permanent position in a high school for a salary that was well above the local average.

30 days later exactly I was boarding a plane that would take me from Toronto to Vancouver to Tokyo to Shanghai China. From there it was supposed to be a 9 hour bus ride to my new city of residence but we decided to stay in a hotel instead. It was dodgy, and the air was thick and humid and I looked like poop-on-a-stick, but the next day we were in the city of Zhenjiang in the rain lugging our luggage to meet my new principal and administrator that would help with a home search.

It was humid and hot, and I didnt expect it to be like this, but alas its like a jungle every day. I was taken to 5 apartments to choose, all in the Western style in a small village-type location in the New District of Zhenjiang where my school is located. The first one was small and bleh, and the second one was a lovely 3 bedroom with separated kitchen and two bathrooms. At the low cost of 2000RMB per month, I couldnt say no to this fully furnished option and moved in 4 hours later without signing a lease or giving any money (crazy eh)?

It was the first moment that I learned a very important lesson and saying: This is China. China, much like America, is a land of opportunity and possibilities. Anything seems possible – skyscrapers and built in weeks (though admittedly with shorty construction) – amusement parks are built within a month, cities are created for millions and barely house hundreds – poverty exists side by side with richness and excess. Its really quite astonishing what has happened and how China has emerged from a largely rural area to be an urban sprawl.

My city of Zhenjiang is approximately 3 million people, the size of Toronto, and nowhere near to be the grandiose importance in the grand scheme of things. Twenty minutes away by train to Nanjing (the former capitol city) and one hour and twenty minutes by train to Shanghai, this little gem of a place is a powerhouse for green solutions and the example that China models after. Though the water is not potable, its cleaner than in other cities and the smog is not as bad. We barely see blue skies but its still beautiful and sometimes smelly.

I went into my school for training and thanked God for the invention of air conditioning. After a few PD sessions and meeting my colleagues we started our department meetings and planning for our courses. Little did we know that what we were hired to teach would be a loose interpretation. I was hired to teach Social Studies (history, geography, civics) and Music (instrumental and/or vocal). When I got the school, much to my surprise I was assigned to teach English to Grades 10, 11, and 12s in the BC curriculum.

Despite my amazing pedagogical training, English has always been outside of my periphery, being a French and Music teacher. I found some resources and went to work on planning a couple courses based on a curriculum that Id never seen before.

Installed in my apartment with no knowledge of Mandarin, and frequent visits to the supermarket and to noodle houses where there are pictures of the food for me to choose, Ive lived for two weeks in China.

Never thought I would be here but here I am. To date I havent been ill other than some dry throats due to fiddling around with the air conditioning in my apartment. Knock on wood, hopefully getting into the swing of things will be beneficial to my mental health.

On a side note, tuktuks are the greatest invention in the history of mankind. Where a taxi starts at 8RMB and can barely be found, tuktuks are everywhere in my village and can get me to anywhere I want to go for less than 5RMB. For all you folks that dont know what RMB/Quai/Yuen are, its less than a dollar ride to anywhere 5km away. Damn, eh!

What’s the deal with them? All my electronic ones always break on me (for whatever reason unknown) and I have been relegated to one that is of the M&M’s variety that I think my mom got at some raffle awhile back.

I love it though. It’s loud, it ticks, and it needs to be wound up (which is of course a thorn in my bum). The fact that I have to wind it up everyday is annoying, but at least it gives me something to do. It’s doing better than my Tamagotchi, ironically!

So what’s the deal with all this digital crap? It never works for me (of course like always) and it kinda made me wonder how people got up at the right time way back in the day. Sure they had wind up clocks for awhile, but even before that or for the people that couldn’t afford them? Roosters probably, but golly; what happens if they didn’t hear the bird give out it’s cry? I feel that I would have slept in and missed many classes in school if I had to rely on a male-chicken to wake me up every-morning.

Okay and what’s the deal with Gus? He’s being a weiner again and is turning more and more into a Brit (no offense to them). Just he is even talking like a Brit (which is mégaüber-scary) since I can never understand what the hell they are saying!

While on that topic of UK, I saw a film today called ‘Billy Elliot’ that was from the UK; and my god I need to find subtitles because I can’t understand what the hell the middle-to-low-class Britans from Durham are saying!! They sound half-Irish or something, and therefore I can’t understand a word what they say. It was good film about a little boy who wanted to become a ballet dancer (Hmmm!) but never-the-less it was heartwarming for some strange reason that I haven’t figured out!

On top of that, I need to park my butt in-front of my dad’s PC tomorrow while he is out (thank God) to burn bunch of DVDs of my films that I have been storing on that computer. If he only knew the crap that is on that computer, he would probably die of a heart-attack, oh well he will never know because he has his laptop.

Which also reminds, me he finally got a job, and it’s actuallk a half decent one too. He is manager of a new branch that is oppening up from a huge North American electric company! Well he’s old, but I’m sure he will manage, which will make my mom feel less stressed because then he can pay her back all the shit she has had to pay for for the last 5 years. Seems about right in my mind, and luckily this is all right before we are going through the ‘move’ stage.

All the outside patio stuff is done (finally after 5 years) and all we have to worry about is painting the troffs (my job) and doing little things inside the house like putitng in new carpet for the upstairs (minus my room) and fixing the tiling on the landing. All this damned work just so that we can downsize (FINALLY!) although my mother is quite upset about moving (moreso then the divorse) since it’s basically she said it’s “our” home, by which she means her’s an mine (ironically she left father-dearest out of that conversation – hehe :D)

So yeah, about those alarm clocks.. I gotta set mine to wake up bright and early to celebrate the fact that my father won’t be around all day for the first time in months. Whoohoo!

So although my last exam is on the 21st of April, I decided to start to pack up all my stuff since I will have to take it all home, and then repack to go to France next September for the year.

I can’t believe how much crap I have in my room, dispite it being so small!

As you can see the boxes on the right hand side are all filled with clothing and random crap that I have accumulated over the last while.

In this picture we can see my desk, which is very messy in comparison than it always is.

My bed is the only thing left in tact, an tomorrow I will start to vaccum and dust everything, and maybe print off an assignment so I can get rid of the printer! Nothing exciting today, as I’ve done nothing!

Shout out to Steveo though, just because he’s cool!