If you’re a male reader, have you ever wondered what its like to have a man be interested in you, try to charm you, and eventually be in a relationship with you? Is it something that differs from the male perspective? I can’t imagine it would be the same, and try as I may to understand the dynamics of my female friends relationships, I feel at a loss and like I’m missing something.

Its true that I relate more, and conduct a thought process very similar to women but since I have little to no experience in the male world, I haven’t really had the opportunity to compare or form a synthesis of information.

Are men more patient with women? Do they treat them respectfully? Do they alter their habits to conform? Do they charm their way into a woman’s life? Do they touch differently or have different physical needs? Fob they nurture or assist the natural nurturing intuition of women or do they just protect?

As I’m sitting on one of my morning busses the thought came to me, and it suddenly grew into a philosophical question. So; what do we think? 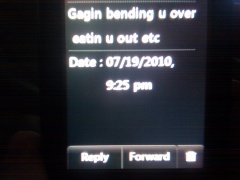 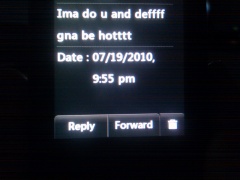 “Find a guy who calls you handsome instead of hot,
Who calls you back when you hang up on him,
Who will lie under the stars and listen to your heartbeat or,
Will stay awake just to watch you sleep.
Wait for the guy who kisses your forehead,
Who wants to show you off to the world when you’re in sweats,
Who holds your hand in front of his friends and is constantly reminding you of how much he cares and how lucky he is to have you.
He’s the guy who turns to his friends and says, ‘That’s The One!'”

Simply put; brilliant. If only, right…?!