Needless to say, throughout my life I have had a very unlucky time navigating the dating world. Whether it be a result of my asexuality, of my social awkwardness, or of my lack of experience nothing can prepare me for what may happen or what one may find around a new corner. 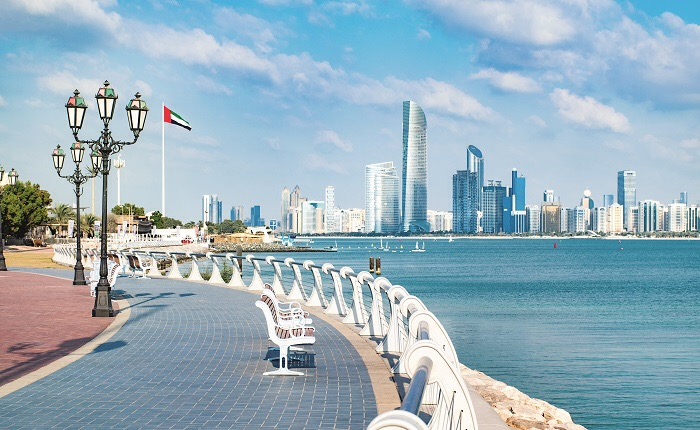 I recently travelled to the United Arab Emirates to visit a dear friend and spend Christmas. I was unwilling to spend another Christmas alone, so I ventured to a foreign desert land. While the trip was filled with going here and there, what struck me most was a complete turnaround in my dating life. I’ve been living in Sweden for 3 years and I’ve been on two dates, so as you can imagine that sounds pretty dismal and only one of them was a positive experience.

What might explain this is unknown to me, but I can do nothing else but surmise that what I offer here, is just not wanted. In three years I manage about twenty or so matches on Tinder, a few of which chat to me. I set foot in the UAE and for shits and giggles I load up Tinder. In the span of a few hours, I’m getting matches left right and centre. After two days of swiping, I garnered about 50 matches, most of which were actually talking to me.  I was confused, surprised, and speechless.

I decided to take it somewhere and meet up with a few people for dinner or to hang out at local spots. In 5 days I managed to fit in 6 dates in two cities, Dubai and Abu Dhabi. I can say with positive reflection that while they were a bit nerve wracking to start for fear of police or similar traps, they were all positive experiences. How could this be? How could my luck change so dramatically and my match rate increase to 95 in the span of a few days?

I reflect on it, and possible explanations come to mind. Is it because I’m foreign? Is it because I’m white? Is it because I’m an amazing person? All are possibilities, but I’m lost as for how or why this can be. How can I have more success in dates in a country so repressed and restricted, while living in a free society of Sweden I am a complete lemon? Thinking about it confuses me and makes me very emotional because of the situational irony.

Here I can marry, have children, and live an authentic life and I can’t find a partner, barely even dates. I go to a place where I can’t get married, can’t have kids, and can’t live an authentic and open life and I get several people really interested in me, even for marriage. It just feels like a huge slap in the face, and leads me to question whether it’s something wrong with me, or something wrong with everybody else.

All I can say is I’m thankful, but now even more confused than before.

Every once and awhile you take a moment while you’re rummaging through old stuff and you find a stash of things that makes you nostalgic. It could be an old picture, an old card, a certificate you earned, or an essay.

This is a memory, and boy does it make me feel old. So I was just on Facebook and I saw a post about a floor buffer. Now, normally it’s not something that’s noteworthy but it reminded me of a time in 2002-2003.

Back then I was in Grade 11 year and part of the things that student council organized was a student led “Big Brothers & Sisters” which would welcome new Grade 9s to the school and be sort of a guiding light to help and to welcome to the school.

When I started in high school I had something similar, and I thought back to it and all I remember was a pimply teenager that was trying too hard to be cool and how much I wished like I was in a different group with less strange people. I totally wasn’t that guy.

I was a chill upperclassman. I was nice to everyone, I was friendly, I did good things, and I helped people out. I can remember the day the Grade 9s came to visit before school and I distinctly remember them looking younger than I remembered. Until I looked back at what I looked like in Grade 9 or when I taught Grade 9 did I remember how tiny little humans we all were at some point. Anyways, I had this eclectic group of music kids and brainy literature kids. It was a strange mix, and this one boy in particular didn’t fit at all.

His name was Jacob and I will never forget him. He made an impression on me, and I don’t even to this day know why. He was the athletic type and was bouncing off the walls. The rest of the kids were like scared chinchillas. I amount this to the fact that his sister was an upperclassman friend of mine, so he knew his way around and such. As we were going on the tour, he kept calling me big brother. I found this strange because I’m an only child and nobody calls me brother, it wasn’t even until I was like 27 that someone “bro’ed” me.

Eventually the tour was over and the kiddies went back to their elementary schools. The following year I saw him around and chatted to him a bit (but Grade 12s and Grade 9s are so different you know…) and he would always remind me about him wanting to ride the buffer.

It would always make me laugh and I’m sure to this day he would remember it. In retrospect I think part of what makes him so memorable was his charisma and complete carefree attitude of someone so young. It was shocking and charming as much as it was irritating.

And so why is this experience important? Well I looked him up on Facebook and his public wall was filled with photos of his baby who appears to now be 3 years old. My heart sunk instantly and I was reminded how freakishly old I am in comparison to what I thought previously.

Time flies, it seems, and the more I think about it the more marriage and baby pictures are popping up on Facebook. It makes me somewhat uncomfortable, but then I just laugh, fluff it off and continue on my merry little way.

As good as nostalgia is, sometimes it bites!

So I had an interesting thought this evening, and it developped into an idea and then a plan before I realized I would be intentionally sabotaging the situation. What was the notion? Well I’ll tell you:

I was chatting with an eFriend today who lives in the same town as me, whom I’ve know since last October and still haven’t met (not due to my own persistence).) He mentioned that he was going out dancing tonight, a Wednesday. I laughed because my first thought and question was if he was going alone or with friends. He snarled back citing negativity and such.

I guess it is kind of sad that my mind automatically defaulted to the image of me going into a disco alone, nobody paying attention, then leaving hours later and subsequently bursting out into tears for what the reason may be.

And it was this forever elusive “friend” that reminded me that it doesnt have to be like that. Well again I laughed when he commented that “of course” he wasn’t going alone because he’s “not crazy” clearly. Where does that leave me?

But seriously… it got me thinking and wondering why my mind automatically jump to that outlandish situation. It became obvious that the reason I jumped to the “fly solo” train is because any friends that I have are: 1) married, 2) in a serious long term relationship, or on the verge of marriage, 3) don’t have free time, or 4) don’t have time or energy to support platonic relationships with their “friends.”

Let’s be honest here… friendships take a lot of work but it’s a two way street and without traffic flowing on the opposite side of the street, what’s the point?