It’s as good a time as any to have a story time, so here it goes. Once upon a time there was this guy who was trying to meet someone, and living in Sweden means that it’s nearly impossible to do it in person so he went online. He came into contact with someone, a few weeks after he had a very traumatic experience with someone else that left him shaken and unwilling to jump in head first.

It started out basic enough, nice conversation and similar interests in films. The chatting went on for a few weeks here and there, and then moved to Snapchat where the tempo increased and it was clear that both liked each other.

Plans were made to hang out, go for drinks, and watch films together. The only thing that kept them apart was 30km and the Christmas holidays. However, something interesting had happened in this elapsed time. Photos were sent on a daily basis and chats went on every day, and what might be considered flirting ensued.

This new person was asking all sorts of questions, like if it was okay that they lived at home and didn’t have a good job and was a bit messed up from a past relationship with a girl. This didn’t perturb the hero, because at this point he knew what he wanted and the good that was inside, at least what he thought was good.

And so our hero left for the United Arab Emirates for Christmas to meet a a dear friend, but during this time a Snapchat achievement was made…

The evil red heart achievement came into the picture, and undoubtedly was noticed by both. No reaction was made, but it was something that was on the mind of our hero for many weeks.

Days went on, and every day while in the UAE they chatted and looked forward to meeting upon return to Stockholm. More plans were made, and even our hero made a comment about the queue of films, and hangouts in the works. This new person acknowledge and was happy about that, and continued to send flirty messages, emojis, and photos.

The return back to Stockholm was a stress filled flight; one of anticipation and fatigue with no entertainment. Our hero returned back and slept for the morning, planning to wake up in the afternoon and hang out as arranged. Time was getting later and later, and the plans became more delayed.

Eventually nerve was built up, and upon a train this new person boarded. Our hero decided to be polite and meet at the train station upon arrival, that way there would be no confusion about where to go even thought the building was across the street.

Polite greetings occurred and they proceeded back for some tea and chat. The guest decided that beer was the beverage of choice, likely due to nerves and shyness. This was evident with the amount of smoking that was needed; normally this would put someone off, but sometimes people have to look past imperfections for the greater good.

Interesting chat ensued and a passing comment was made about our hero’s hair; what a surprise that it was longer. Well what about the Bitmoji which clearly showed long hair? It was not something hidden in the snaps before, so a bit perplexing.

The guest became curious about some tarot cards that were spotted on the bookshelf. A request for a reading arose, and our hero obliged. Almost immediately our hero realised what the query was and what it concerned. It was clearly a question about a new male person in their life and their unwillingness to let go of the past. In order to seek resolution of the conflict, the querent needed to let go and move on.

Without spilling the beans and speaking a bit vaguely, the hero sensed that it was in direct relation to the current situation. He decided not to say anything, as it would have been very presumptuous. Panic ensued as the time was noticed; it had barely been one hour, but the last train was departing in the next 10 minutes and the guest needed to go. Quick preparations for leaving took place and pleasantries were made while leaving. “We should hang out tomorrow, is that okay?” the guest asked.

Of course this was okay, and the run to the train resulted in making it with two minutes to spare. During the 20 minute journey flirty conversation continued, and when the new person arrived home again a Video Call was made. Much to the hero’s surprise, already being in bed, he answered. This call continued for another 20 minutes before sleep, and all was good in the world.

The next day came up, and our hero slept in and came awake to the world at about noon, having been jet-lagged as well. A daily greeting snap was sent, and it went unopened and unanswered for several hours. Dinner time came, and finally a reply. Negatory on hanging out, after all. No worries, more sleep.

For the next few days, the same question came up about going for a drink, going to see a movie as planned, or having coffee. Negative, negative, negative. Our hero became suspicious and slightly irritated as clearly the tone of the messages had changed. The day before New Years Eve approached and the hero inquired the plan; few options, no decision made. Our hero usually spends New Years Eve alone eating cheese fondue and watching the Muppets, so he invited the other over to join in the tradition. No answer.

Several hours later, our hero received some snaps clearly indicating that other options were chosen. He went to bed, disappointed in the fact that once again he was left alone to celebrate a new year. He knew something was afoot but didn’t dare say anything.

And so a few days passed, and radio silence. It was at this point that our hero sent a message inquiring what was going on. Up until this point it had been mixed signals: we should hang out, we should watch movies, we should go for a drink. However at every instance of asking to do one of those things, it was met with a no.

Then the truth came out. “I stopped messaging you because you seemed more attached than I was.” Stunned and taken aback. How could this be for our hero? It was the the other one that was doing the flirting and had been leading him on to believe that he was liked. “I am not ready to have any serious relationships, I’m only looking for friends.”

Fine, sure. It’s not like the hero had done anything other than to suggest hanging out. After all it was the flirting of the new person that was defining the relationship. This angered the hero because nothing he had said suggested that hanging out would mean anything serious. Isn’t that what friends do? Don’t friends hang out and enjoy each others company?

Our hero was left to ponder this and came to the conclusion that either he’s crazy, or there is something wrong with other people. And so whatever it was that was going on was dead. Another one hits the dust, however promising the previous month had been. And so he’s left to wonder what went wrong and what was it. Then it all came into focus and there could only one logical explanation.

It’s all about the hair… 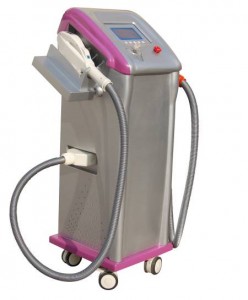