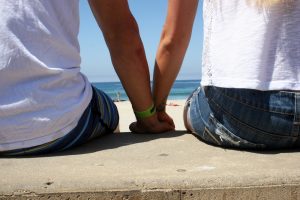 A summer fling is something that you could describe as some type of relationship that exists only within the confines of the summer; often ending at the end before going back to school. They are fun, and free feeling, and from what I’ve read quite enjoyable and fleeting. And so dear reader, if you’re expecting me to describe a summer fling I had in 2018, I’m sorry to disappoint you, but no such thing existed. I will, however, delve into an experience I had about 10 years ago in the summer of 2009.

I was visiting a friend in Uppsala and while staying with him I met someone out while dancing. He said something poignant to me that piqued my interest and caused me to contact him via Facebook. His name, was Jonas, and with that message began what I would consider to be a short summer fling. We agreed to meet a few days later, a Tuesday, at The Heated Man which may or may not still exist in Uppsala. It was a bench that was heated somehow that I do not remember. I accepted the invitation and we met.

It was during this meeting, which I suppose could be called a date, that we flirted and discussed many a thing. We progressed to hang out at the park, and then I was bid adieu. What followed was what I consider to be the only time, ever in my life, that I was pursued by another person. Jonas would show up at my friend’s dorm room looking for me, he wanted to take me out for a drink, and a bit drunk one night came over in full white tie to find me on a cot and proceeded to cuddle me for a little bit. I didn’t know what was going on, I didn’t understand why this guy was into me, but I in my heart I loved it. 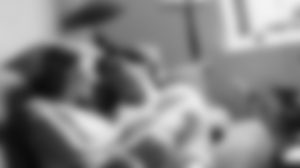 What followed was me going to visit a friend in Finland, and returning home, to still find him pursuing me. I was so flattered, I was so confused, I was so smitten that I simply didn’t know what to do other than to accept and show the same amount of interest. I didn’t know where he lived until one day that he walked me over, as we were out for a walk, and we had a chat as he was (if I remember correctly) moving out of that flat, or someone was moving. I remember being teased, in a good way, and feeling helpless at one point. I remember and to this day I can feel the intellectual connection that we shared.

And then summer ended and I went away, and left Sweden, unbeknownst to me not to return for another 9 years. What I left behind was something, to me so special and unique. What’s sad about it, is that 10 years later it hit me how important it was and how heartbroken I am over it. I never expected it to be this way, but it is to this day, the single only time that someone ever accepted me as I am, showed interest in a profound way, and pursued me.

It’s heartbreaking to think about it and wonder what has happened since, or rather what hasn’t happened since. What haven’t I done right over the last decade? What has been missing? What are my shortcomings, if any? I’m conflicted because I’ve lived my life trying to accept who I am, as I am, but this acceptance seems to completely contradict what others either see, or want.

As the memories and feelings grow more and more blurred and colourless, it leaves a thick clump in my throat and tears in my eyes.