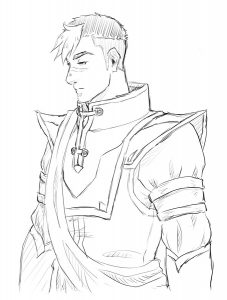 While the title of this post could often be misconstrued by the overly sexualised humans that roam the Earth and peruse the internet, I am not in fact writing about contraceptives such as condoms. I’m talking about the protection of people; let me elaborate.

I was reading some things on reddit, as one does, and a situation that someone presented made me think of something and it led me to a reflection upon the needs of a person. User u/Independent_Year describes how he, as a straight man, seems to be falling in love with a gay friend of his:

I have tried to rationalize my attraction – he’s a delicate looking guy – so I must have been thinking of him as a ”substitute girl” of sorts, and putting myself in the role of ”badass” protector. But rationalizing haven’t lessened my feelings at all. At first I though hey – you feel like a big brother from another mother for him, that’s why your so protective. At least that’s what it might have been at beginning. But seeing other guys in the LGBT club hit on him .. makes me feel angry and quite possessive…. Not quite fraternal .

It’s a valid thing want, what with the world being in such a whirling wreck and so much hate all around. And even if you can’t empathise with me, at the very least we wall want to feel safe. I know it’s something that I’ve always imagined, always pined for, and it never appearing. I’ve had it in dreams, so many dreams since a young age, where there is a faceless defender and protector being there to support.

Now I will also clarify that this doesn’t fall the damsel in distress archetype, but more of the moral and physical reinforcement. In my dreams, will the face reveal itself an identity? Will this person ever encounter me, or feel the need or want to protect my wellbeing? Or will it just stay a figment of intangible imagination that will forever linger in my mind?