An area of concern for the asexual community is health and well-being. While it might be simple to think, “oh yes, they have fewer needs, so how can they be at a disadvantage?” the disadvantages are actually two-fold and much more negative than one might expect. In particular in the areas of: physical health, emotional health, mental/intellectual health, social health, environmental health, and spiritual health.

For asexuals, I think the most difficult thing to think about is the emotional health of a person. Due to the socially-imposed feelings of feeling broken, and very similar to the risks of being part of the LGBT community, asexuals are often at higher risks of depression. This mostly comes from the feelings of shortcomings and not being able to meet the needs of people, or even meet their own emotional needs. This can cause ramifications in other areas of life such as work, relationships, and negatively influence the people around them.

Trauma experiences due to past relationships, or even none at all, might result in the lack of willingness to try to take part in dating, or developing friendships or making meaningful connections with other individuals. It’s important to recognize that support in this area is imperative, as even many medical professional still don’t know much about asexuals, and psychiatrically trained practitioners might not be able to assist with asexual issues because of lack of perspective, empathy, or understanding of the needs or workings of asexual individuals.

One positive thing, I think, is that asexuals utilise their communities quite extensively to help to navigate their emotional needs and boundaries. They learn more quickly about what their needs are, and are more open to emotional exploration because it’s the main facet of their expression. This makes them more articulate when speaking about their feelings, their needs, and why they think they feel that way and how it might be managed.

One of the main topics of concerns for asexuals is physical abuse, which normally comes in the form of sexual assault, or sexual pressures associated with interacting with allosexual people. If an asexual is sex-adverse then the pressures of them dating an allosexual are compounded because 1) the needs of the allosexual are not being meet, and 2) the social pressures that come with evolution of relationships. As a result, many ace people are pressured into sexual encounters with partners, or experiencing a lack of empathy and understanding for their needs or their wishes, resulting in possible sexual assault.

This is especially true for teenagers that are ace and are discovering their needs and dealing with puberty and the sexual urges of their peers. They might be pressured into doing something that they feel they can’t say no to; or even in the adult communities the same pressure for fear of rejection.

There is a wide-spanned debate about how asexuals and hormone levels are either part of the “norm” or if they are “anomalies.” Personally, I believe that unless science says otherwise, ace individuals don’t have anything physiologically wrong with them, and therefore hormone supplements or specialised medication are not necessary.

Some aces report that their doctors put them on medication regimes to try to “fix” their asexuality, and I think such an act stems from lack of proper education or even basic research about asexual communities from medical professionals. A particularly good resource for medical professionals can be found courtesy of the Resource for Ace Survivors. Educate yourself, people…

This type of health mainly focuses on the person’s ability to recognise reality and cope with life. For asexuals, reality will look a little more one way than another, and that’s natural considering that we all have different perspectives of reality. To asexuals, for example, is more sexual than one would expect. How they cope with that, is yet to be fully understood or managed but at least identifying it is a start.

Looking at their own situations in terms of their own self-actualisation and self-understanding might be more heightened while at the same time more self-critical due to the feelings of not belonging or not being good enough for this or that. The differences between allosexual and asexual people are vast, and therefore they are less likely to be able to engage intellectually or mentally with people, due to lack of common ground, understanding, or empathy. This has obvious ramifications on social well-being and connections between individuals across sexual orientation lines. 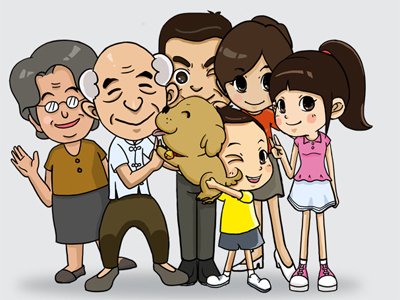 To put it simply, social well-being of asexuals should be a major concern for health-care professionals. The feelings of not belonging or not finding their places in the world are heightened because they are navigating a world that is basically foreign to their views. People lose friends because of being asexual. People don’t consider dating asexuals due to ignorance. People treat asexuals with indecency and lack of respect due to lack of understanding. They just don’t feel like they fit in, and as a result social interactions are strained or limited.

I read once a thread on AVEN regarding how many people thought they would die alone due to their asexuality and how that might compare with allosexuals asking the same connection. The results were really depressing, and if you look at it from a logical point of view, or even at the statistical numbers, it’s pretty depressing and bleak. Why else do you think aces would seek comfort and try to “compromise” with allosexuals in order to be at the table for dating or relationships. The thought of sticking to the ace community in itself, and dealing with geographical limitations due to low-percentages of the community, is enough to send someone into instant depression and feelings of helplessness.

Just like there is stigma for other sexual orientations, asexuals suffer from the same results of coming out as LGBT individuals. Though, when you think about it, in theory there should be less hate coming from religious beliefs, but since it’s a fairly new concept most classical religions wouldn’t have any thoughts or perspective on it and it would depending on spiritual leaders to set by example.

While this might not be a major concern of the ace community, it’s pretty well-connected with social and mental health. While ace people are at risk of mental illnesses, they tend to be able to exist in harmony with societies, mostly because they aren’t rubbing against the core values of them. Unless there is financial circumstances, asexuals would normally have access to shelter, food, and most normal amenities. 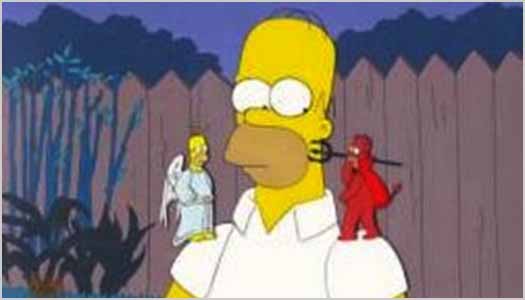 This one is a bit difficult for me to navigate because I’m agnostic in terms of religion, but I guess that in terms of other types of spiritual beliefs such as ethics and morals, those tie in with physical and emotional needs. Asexuals might have strong morals and ethics, or loose ones depending on the individual, but my feeling is that they might need to be a bit more flexible with them when navigating dating or relationships.

Asexuals beliefs about their own asexuality are as strong convictions of those of religious individuals, mostly because they are more deeply personal and are related to facts of what they are, versus abstract ideas of what they believe in. Religion is a choice, where being asexual isn’t, so it’s tough to argue against someone who self-identifies about someone, when really nobody has a better understanding of other people, unless you’re psychic or clairvoyant or something.

For further research, the website Asexual Explorations keeps a detailed bibliography of academic asexual research that is worth investigating if you’re interested.