Do you know your alphabet? I can only assume that your response as a reader would be affirmative, otherwise you wouldn’t be able to read what I’m writing; but perhaps you’re reading with assistive technology, which is equally cool! Gotta love technology and how it allows us to access any type of content.

When we talk about the alphabet in the ace community, it’s often something that comes up in other circles on the internet and in life: the LGBTQIA community. What do the letter mean? Are there more letters? Why do I hear about LGBT and have no idea what LGBTQIA is? Well the answer is simple, and not so simple.

When people who fit outside the “norms” of society they often search for communities to which they can belong. This is absolutely true for the LGBTQ community, which stands for Lesbian, Gay, Bisexual, Trans, and Queer/Questioning. But the question remains, even with these communities, are they all inclusive? Do heterosexual people, for instance, take part in these communities? The answer is a hesitant yes, maybe. Some people in all communities are allies for the people inside, and help wage the war of information and acceptance. Everyone appreciates those people, but they might not necessarily feel like they belong to the community.

Historically this community only represents people on the sexual spectrum (homosexual, bisexual for both genders) but in certain circumstances can include a wider range of individuals, like for example the transexual community, or intersex community. It really just depends on who you’re talking to, and how inclusive a community is willing to be. Some might even include asexuals, but that’s a question up for debate depending on the person. Don’t worry, I’ll explain.

Asexuals and the LGBTQIA Community 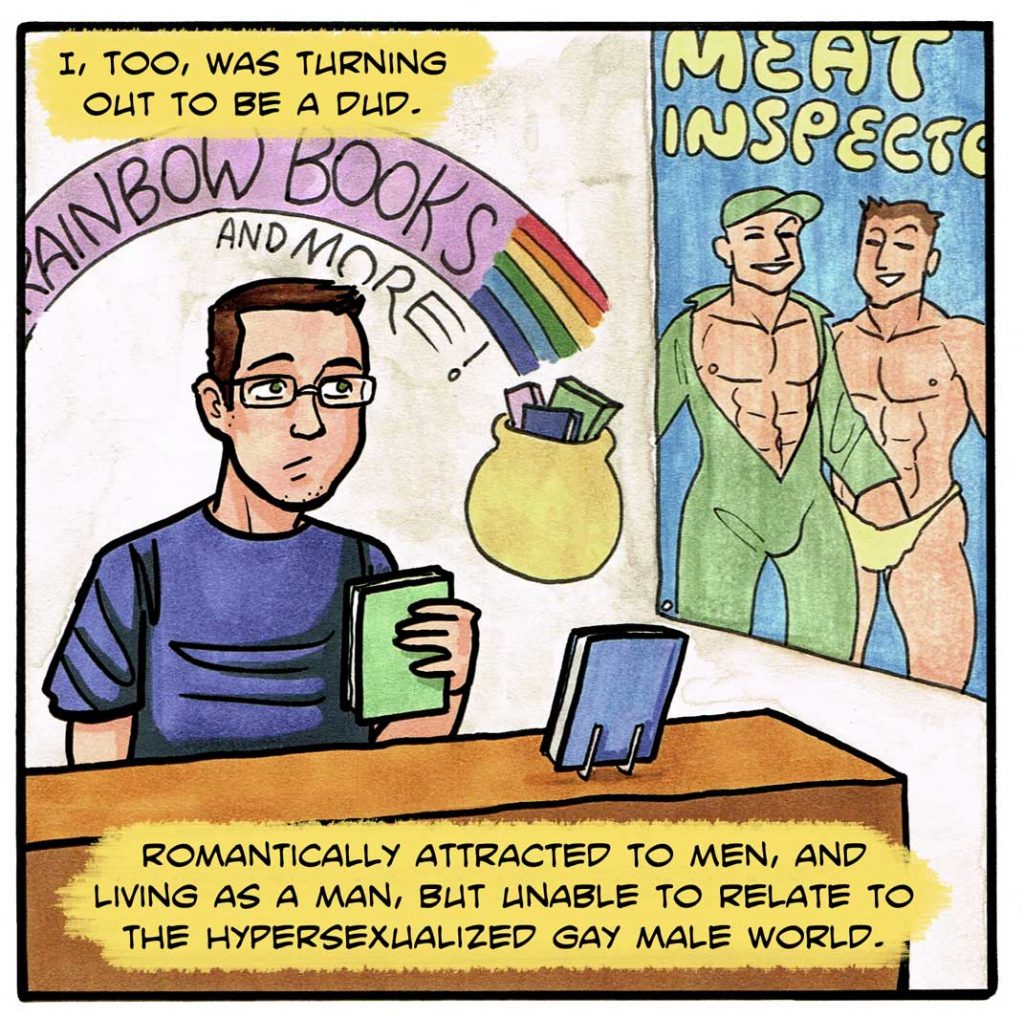 Since asexuals are becoming more mainstream (though admittedly due to the numbers it’s likely to never be mainstream in the truest meaning), some decide to become involved in certain communities. Though it begs the question, does a heteroromantic or aromantic asexual belong in the LGBTQIA community? The “A” suggests that it’s included, but do heteroromantic aces belong with lesbians, gays, bisexual,s trans, queer, questioning, or intersex others?

I would be bold enough to say, not necessarily but it depends on the person. A heteroromantic ace likely would only be apart of that community if they were unable to find another of their own, or because they are an ally. As asexuals, they aren’t really represented in minority groups like this, which are mainly focused on sexuality. Sure it’s great to be inclusive, but my example ace likely wouldn’t get much out of (except education) a LGBTQ community.

A biromantic asexual however would get something out of a community like this, but it depends on the person. We read about how hypersexualized the world is and these communities are no exception, but at least there is a common thread or common romantic experiences with these people with whom they can relate. Sure it’s mixed up with sexual attraction, but for the 99% of the human population sexual attraction and romantic attraction go hand-in-hand. Usually ace people are educated enough in their own orientation to navigate through these communities, but they still aren’t really represented by them. 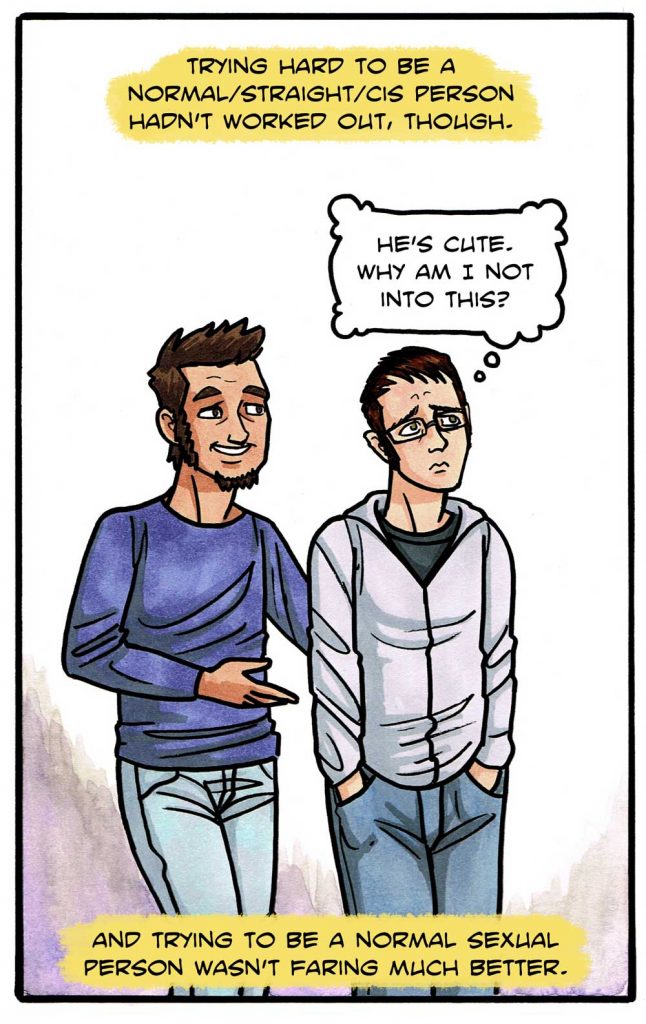 The debate comes up every so often in ace circles: “do we belong in LGBTQ?” thereby adding an additional “A.” The votes split, and it depends on who is talking, but if the answer is yes, then you’d be including the demi/gray-aces, homoromantic & biromantic aces, and excluding the heteroromantic aces, and the aromantic aces. The community, thus, splits into different factions. That’s what’s so dangerous or worry some about joining forces with other communities: there will always be people that are underrepresented.

I’m not saying that they don’t belong, I’m just saying that the only people that are really going to understand and relate to other asexuals are asexual people or allosexuals with a lot of experience with asexuals (it’s rare).

Unless you’ve been around the asexual community a long time, you likely wouldn’t have much experience being able to navigate your thoughts, feelings, confusion, or questions about yourself. Sure aces can try to get their answers online (i.e. Reddit’s /r/AskRedit), but with lack of information and education about asexual issues or even basic visibility, the answers one would get are quite polarizing, hostile, and unhelpful. 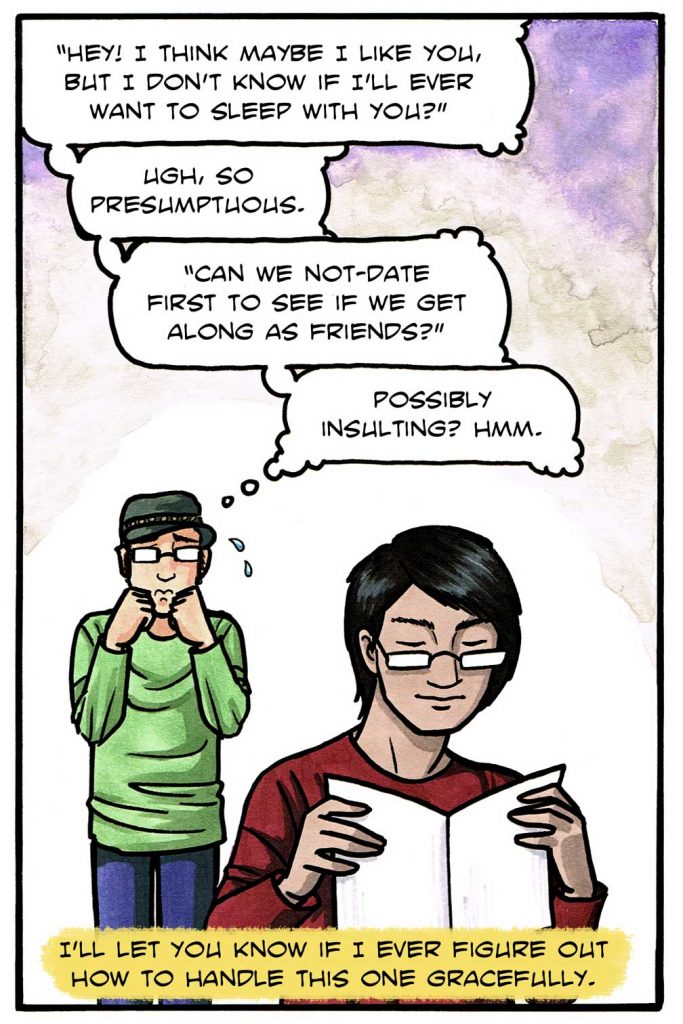 It’s particularly hard when asexuals are trying to navigate their feelings and sometime seek out fulfillment of their emotional or romantic needs. They find people that they think they might get along with, but often feel broken because it’s not going the way it should be.

It’s especially true about asexual dating. Most aces find allosexuals to date, but how do they approach it, or when do they come out? It’s simple being asexual when you’re alone, in theory, but for asexuals yearning for their needs to be met just like the 99% of the rest of the population, it begs the question, how can it work for them too?

It comes down to education and individual needs. If mainstream populations were more educated about asexuals they would be more willing to understand and accept them as possible partners, or even help them integrate into other communities. I hope this can happen, but there is a sinking feeling inside my gut that it just won’t be there.

Until that happens, the best we can do as humans is try to find inclusive environments for all people of all types, and promote that.

Dylan Edwards posted a really cool narrative on his website from which I’ve used some of the images in this blog post. Check out the full story of his journey being an Evangelical Christian to an asexual trans man.