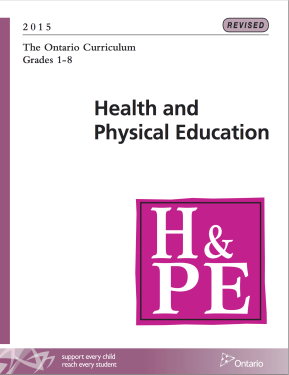 Ontario has updated its sexual-education curriculum for the first time in nearly two decades and it will be rolled out across the province this fall.

Education Minister Liz Sandals unveiled the new curriculum at a news conference Monday, saying the government won’t back down in the face of criticism as it did in 2010 when religious groups complained about proposed revisions.

Sandals said she anticipates some criticism, but the new lessons are key to keeping children safe.

Out of the dark ages, Ontario emerges with a new “touchy” subject that’s like a hot potato that teaches don’t want to touch. It’s an uncomfortable topic for a lot of Canadians and when they start talking about it they feel a shame and a guilt about it. Originating from a Puritanical society can be damaging to progressive values, because by definition puritan is conservative in it’s progress.

While I may not be a sexual person in nature I don’t really have much problem talking about that, especially with my students (although it can be quite awkward). Why would I be comfortable teaching this health and sexual education curriculum? Well because holding a veil of obscurity in front of children for “conservative values” doesn’t benefit them in the long run. Where knowing something might make them more curious, it’s not any more curious than they are already. Proper education on the subject just removes the shame or the guilt associated with it.

For instance, on this same interview a sexual education assistant educator talked about poignant issues like masterbation and consent on national televisions and to be completely honest it made me jump a little. I mean, did they just say that on national television? It made me think, well it’s not wrong and they are having a mature conversation about it in a public forum without being grotesque or inappropriate. It’s a model of what future societies should be.

A funny moment came when they were discussing to “too much too soon” approach which I don’t think is true. I really do think that children are bombarded with conflicting messages about sexuality and need to learn about them and the options later in life. If nothing else the knowledge can empower them to make more valued decisions about their own actions and beliefs. “Why don’t we wait for them to ask us?” one parent poignantly asks. Well for starters they might never ask and therefore not ever get the conversation going.

In my experience as an educator, a large number of parents aren’t filling the appropriate role that they are put into: a parent. They might provide shelter, and love, and nourishment, but lack a unity with teacher about learning. Too often the parents are pitted against teachers which is confusing for children and doesn’t benefit them in the long run. Too much responsibility has been transferred from parenting to teaching and now parents are upset about it because they haven’t empowered themselves to retain a stronger role.

As someone that grew up not having any sort of conversation with my parents about that, I can see the negative results. I’m lucky in that I’m a bright human being that is curious and informs myself by doing a lot of research on topics , but other children don’t have the access or the know-how of doing the same as me. I believe that if conversations about positive and healthy relationships and sexuality happened growing up, I think I might have had a much more positive outlook on it and have been better prepared for things that came.

But here I sit as a bitter, pre-30 spinster that doesn’t have positive experiences with sex education or experience with positive relationships regardless of their type. I guess that’s what happens when you’re raised by conservative parents that keep the veil over the eyes of their child. 😐