As of late I’ve been watching some videos of a YouTube personality, serpentza, who is a South African expat living in China for what seems to be quite some time. He releases videos about “This is China” and is generally a pretty unbiased look at what it’s like to live and work in China. 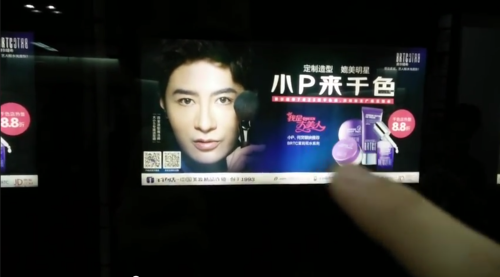 During my watching of some of his videos, I encountered something that really struck me as odd or put me off a bit. Being a clearly heterosexual South African I shouldn’t be really that surprised, but then again who knows… He posted a video about what McDonald’s is like in China, and during his metro travels he encountered an advertisement about mens makeup.

Quite frankly his attitude was quite negative towards it; questioning “when has it become acceptable for men to be wearing makeup” and such. Well Winston, wake up because people worldwide have been doing it for at least 5 years. I remember when I was doing my undergrad studies on a super small campus and discussion about it were common and metrosexuals were becoming quite common. While the attitude towards it being “rubbish” or “that’s Asia for you” is negative. The advertisement reads something about being fit for a queen, and then he just makes a homophobic comment about “of course it is…” I’m really not surprised given who he is and where he comes from, but really I’d like to think that South Africans have advance in some regard on this issue. It’s people like this that make the world a little bit less of a tolerant place on some issues.

While I don’t wish to sound negative, because generally I like his videos, it was very off putting to hear someone talk. What really takes the cake for me is when someone who’s attractive and doesn’t need to enhance their looks to get to a “generic” level has commentary on other people’s choices. It’s easy for him to say, given that he’s married, but what about those single people that need some help or at least feel like they need some help (which may or may not be the case). They can wear makeup if they want – it’s not hurting you in any way.

In reflecting on that, I kind of think that he would look at me and say some sort of “rubbish” comment. Well, get over it! :DD

And from what I know about Asian culture, especially Japanese, there has always been a huge wave for pop stars to be androgynous. It’s not right, it’s not wrong, it’s just different.