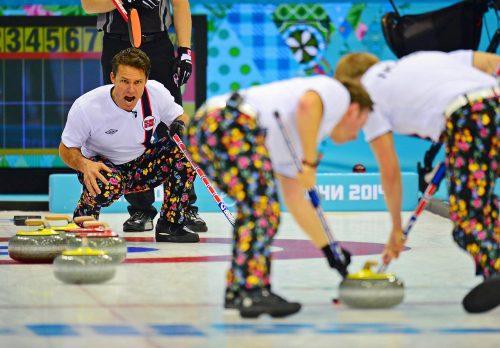 A few years ago I came out as a curling fan – and a curler myself with my professing of my fandom of Thomas Ulsrud and his Oslo based Norwegian National Team. It extends so far as that I’ve been following all of the webcasts online to watch him play.

What draws me to his team, as opposed to say other teams? Well I like a bunch of players, it’s just the assertiveness and fact that the boys are having fun that makes it so appealing to me. They aren’t afraid to wear loud clothing and look sometimes hideous – that in itself is totally hot. 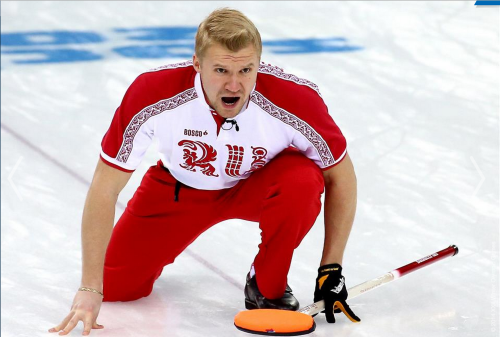 Photo Courtesy of The Sochi 2014 Olympics

Meanwhile in other news, other curling stars have emerged, but on lessor scale a player has caught my eye as having good future in curling in a country that really isn’t know for it. His name is Алексе́й Стукальский (Alexey Stukalskiy) of the Russian Federation. While he’s not as skip, he throws fourth stones for the clinchers. Plus he’s got a 1990’s style hair twizzle. Keep on rockin’ at the Olympics, even if you’re out of the tournament!