With the highly anticipated matches of the second chance round, needless to say I was highly disappointed and shocked. Here’s why: 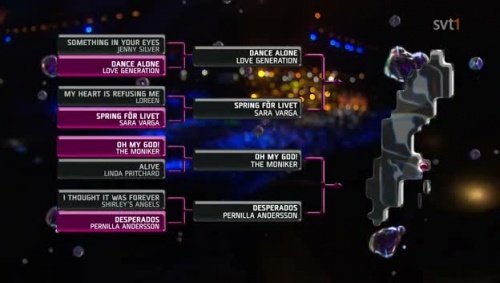 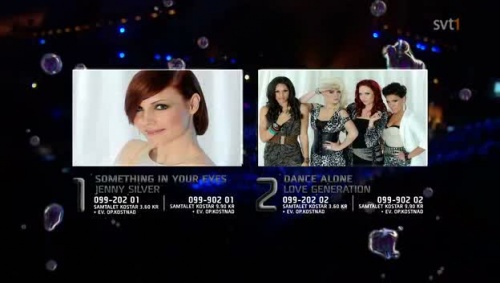 In by far the most contested battles of the evening, my favourite Jenny Silver lost out to Love Generation and not by much. Both songs are fantastic and it’s sad to see the classic ABBA influenced schlager go up against the dance-pop contestant. Either way I would be happy for them to go onto the final, but the road never ends up being as straightforward. 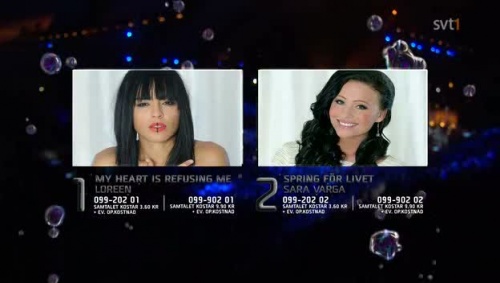 Unsurprisingly Sara won this contest probably quite handily. Loreen’s song is good but it’s highly introverted that it’s almost awkward. Sara herself seems quite introverted and unsure of herself, but the song is a feel good favourite, and it’s no surprise that it beat out it’s competition.

Quarterfinal 3: The Moniker vs. Linda Pritchard 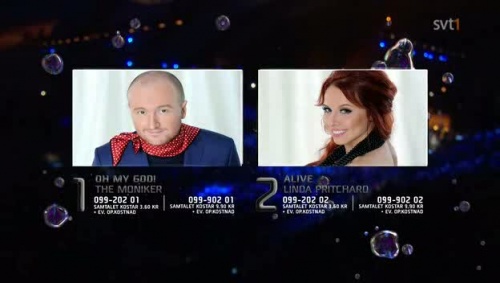 I am shocked beyond belief at the Swedish voting this evening. The absolutely epic ballad (no matter how better she sang before) still should have outplayed the corny happy-go-lucky song of The Moniker. I like both songs, but the power and versatility of Linda’s song puts goosebumps down my spine. Absolutely robbed in my opinion. 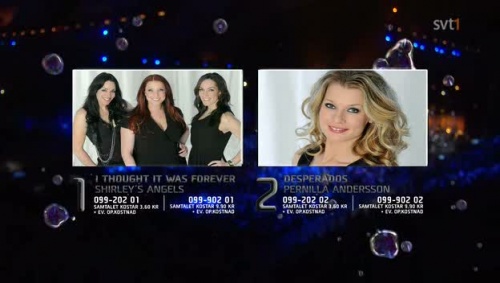 The raging homosexual in me cries out for this loss. The awesomely popular Shirley Clamp and her sexy ceorigoraphs were no match for Pernilla and her guitar. I like both the songs, but I feel like Shirley’s Angels fits Melodifestivalen a little bit more. Perhaps given the amount of English songs in the final, the Swedes needed to push something more Svensk through. 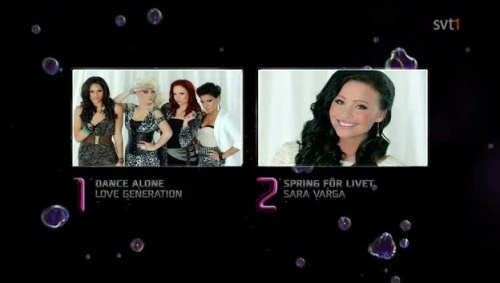 This is the feel good favourite win of the year I think. The fact that Sara could fend off the popular dance song is amazing and I’m glad that the Swedish public was able to choose the better song. No matter how much it sounds like I prefer the latter, I absolutely love the former!

Semifinal 2: The Moniker vs. Pernilla Andersson 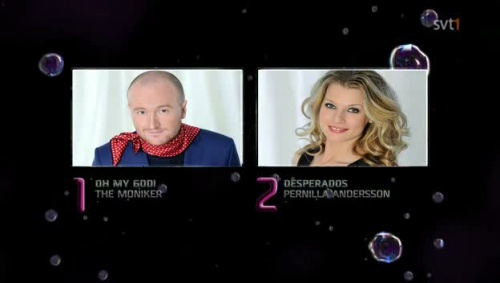 As surprised as the rest of us, The Moniker becomes the second finalist tonight. It’s good, and seemingly popular, but if that’s the case, why didn’t it go directly through Globen instead of taking out the other good songs in the second chance round? :crazy:

So despite the phone number fiasco of the wrong numbers showing and SVT announcing that it didn’t affect the voting (right…! 8|), the results could have been worse. One good song gets through and likely will flop in the final for lack of excitement, and the other is okayish and will probably end up being in the top 5. Only one more week!