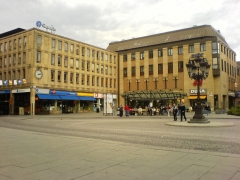 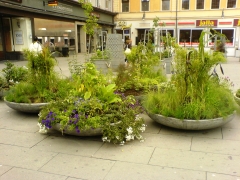 Upon arriving in Uppsala I was surprised to see how small it acutally is. We were waiting for Arash outside near the very modern, an odd looking statue and he was going to take us to where we were going. He arrived and we headed into town to the main square which apparently is the only actual square with four corners closed in in Sweden? Who knew; the flowers were pretty and we bought bus tickets and got on the bus with the other people heading outside of the university area. 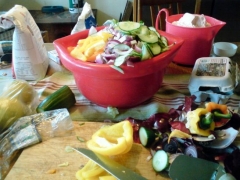 So we arrived at Björns house, one of Arash’s friends, which was inhabited currently with the Sebas looking Frederik, and Czaki apparently short for Zach! We were all making food because well it’s midsommar; so you eat, drink and be merry! I was in charge of the salad, nice and simple so I tossed it after cutting it all up and everyone was being busy. Tony is horrible at food so just attempted and was ever-failing; it was funny. I’ve started calling him the flower because he whilts as easily as a rose; so prescious and afraid of everything. We all ate some food and everyone was getting drunk already playing “Jag har aldrig…” which was well, a good way to see how crazy people are. Turns out Sofia is more innocent than I would have guessed, and Arash is a downright whore! Gustav arrived and then some lesbian couple with a girl that looked like a guy, and we were off to make the midsommarstång; the highlight of the night!

How are we to make this midsommarstång in the middle of outside Uppsala? Go into the forest and collect some bushes and flowers of course; so we all headed out drunkingly around the corner and into the forest. We were screaming things and Sofia was asking probing questions, and Tony; who’s Asian and therefore has no alcohol tolerance had been drunk on 1 cider glass and was going all emo depressive and falling asleep. He was in no condition to be doing anything but crying and being lonely because his boyfriend is in Bulgaria, but really they aren’t in a relationship because Jonas is into S&M and Tony is afraid of him, so really I have no idea what to think! But along the way I met some friends, the two wild horses that were kept in by an electric fence. How did I know it was electric? Because I touched it and got a little shock; I was not impressed!

And so the evening continues and everyone gets progressively more and more drunk and people come and go and everyone’s got the munchies. Frederik, who as I said reminded me a lot of Sebby, was getting all touchy feely despite being “clearly heterosexual, execept when drunk” funny that eh? Tony ended up being a downer and getting some rash caused by an allergic reaction so he went and played on the computer by himself (go figure) for some hours.

So Arash and I began the preperations for the midsommar stång, it took a lot of thread and bushes and tying but we got it done! And once it was erected, we danced around it with the famous groddansen (aka. frog dance). I remembered quite a lot of it and I’m sure there is some video on YouTube floating around of it, so when I find it I will indulge you. But look at how pretty it is, to celebrate our awesome holiday. After the lesbians got emo and cranky we stopped and moved back under the warmed shelter to spend the evening. It seemed to go on forever, because of the summer solstice but when I looked at the clock it was barely even midnight. We went to bed around two, after people passed out and Frederik was caught eating off the floor, his pants were falling down too… Quite a funny sght.

And so the next morning everyone slept in and lucky me got a bed, and we ended up going back to Stockholm because Tony was bored and wanted to leave, despite there being another party. I wanted to go back because I had to organise something with Daniel again before I left. Tony was unimpressed, but had no reason to be. Even when we got off the train at the train station, these two black girls started teasing him about being asian and not speaking Swedish. Turns out obviously he can, and they were quite appauled and started muttering things at us; stupid bitches. 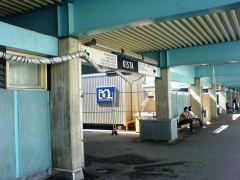 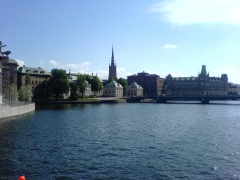 We got home after some shopping and we watched films all night; it was nice and I was off to sleep since the next day we were going to do something, but I can’t exactly remember what. I remember vaguely walking around the city for awhile looking for something, probably sunglasses again and then we came home and watched films again. Oh yeah, we went to Kista to the shopping centre and I lost my sunglasses, and I was sad but oh well, serves me right. Turns out Tony doesn’t have many friends, but that doesn’t surprise me at all really. I organised my stuff to get ready for my Monday flight out, and I was going to meet Daniel in the morning and we would go shopping downtown. 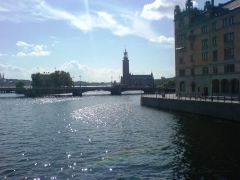 I have to say that Sergelstorg is much nicer when it’s summer and the fountain works, and there are people dancing all around! We went to Åhléns, and then to Akedemikbokhandeln so that I could buy some stuff. I turned out to buy about 800:- worth of things total in the day including a daily planner for school, some “Form i fokus” books for grammar (Del A & B), and some novels where I could get three for 150:-! I was so happy but now I had a shitload of stuff to carry around that never did end up fitting in my luggage. After heading to the ice-cream shop, and then to the Telia shop to get me a SIM card for my phone we set up my account after going in two times and then I realised I had to leave to go to the airport.